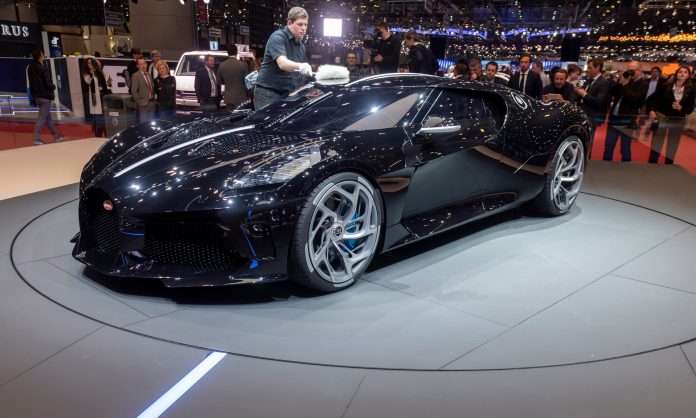 Bugatti, the French supercar manufacturer, has stepped up its efforts to capture the attention of those for whom money is no object by building the world’s most expensive new car.

La Voiture Noire, a one-off hypercar unveiled at the Geneva Motor Show, has already been sold to an unnamed buyer for €11m (£9.5m).

The car has a black carbon fibre body and a 1500-horsepower, 16-cylinder engine.

Bugatti described the car as a homage to the Bugatti Type 57 SC Atlantic, of which only four were made between 1936 and 1938. The fashion designer Ralph Lauren is the owner of the last Atlantic produced.

La Voiture Noire (the black car) is thought to have overtaken the Rolls-Royce Sweptail – which reportedly cost around £7m to make – as the world’s most expensive car.

While the development of one-off cars is, perhaps unsurprisingly, rare, they can prove to be profitable for carmakers as well as being a useful marketing tool.

Bugatti, which is based in Molsheim, in France’s Alsace region, is owned by the German carmaker Volkswagen.

What Your Online Shopping Agent Should Offer You

Apprenticeships offer an alternative to uni and debt – why are...

Kim Kardashian: ‘I would love to hire formerly incarcerated people’