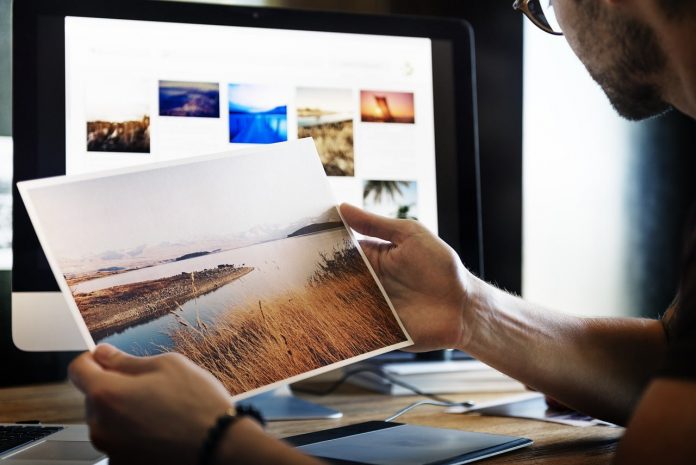 Each year it feels as if the monitors that come out onto the market are so superior to those the previous year. This does make choosing one that bit harder.

2019 is proving that it’s no different from the years before with a number of monitors hitting the stores. While you must also take into account the reason why you need a new monitor, I’m going to make life that bit easier for those individuals looking at photo editing. After all, you want something that has true colors and great resolution when dealing with small details.

So, here are the top 5 monitors for this year.

This LG 27UK650-W monitor is huge. It comes with a 27” screen and has 4K resolution, so everything is crystal clear and extremely sharp. At the same time, they’ve designed the monitor so that the image looks good from any angle. This is unlike many others where you must sit face on.

It’s gradient performance is also good, so you don’t get any sense of banding across the screen. It does a good job with the RGB color scale, but it is slightly lacking with the Adobe color scale. This may make some people think twice about buying it and especially professionals.

Finally, it can also struggle with true blacks, so that may put off some professionals.

With the LG32UD99-W monitor, what will strike you first is its size. This comes with a 32” screen that also works well when you need to zoom in on things as the resolution is also pretty impressive.

The one thing that makes this stand above the previous monitor is the way in which it’s easy to connect other devices to it. You should have no problem with using this monitor along with your laptop whereas that kind of thing is slightly trickier in other LG models.

Moving away from LG, we have the Acer Predator X27. This monitor has a 27” screen, but the most impressive thing of all is the way in which it handles color.

This monitor has one of the widest color gamut ranges out there and one of the best for photo editing in 2019. You should also throw precision viewing from every conceivable angle into the equation. You will also find that it is pretty much perfect when it comes to both the RGB and Adobe color ranges. That is why this monitor is perfect for those individuals that are editing photos on a professional basis.

Its HDR performance is also superior than a number of television screens. That being said, it does have its downside. With this monitor, you shouldn’t use it in a dark room as it struggles with blacks and it can let you down somewhat. However, as long as you don’t use it in those conditions, then it will excel.

The Dell U3818DW is one of the widest monitors you can set eyes on. This has a 38” screen so the aspect ratio is impressive. This is ideal for people that need to multitask as it does provide you with a greater number of options for arranging your screen.

The resolution on this model is also good at 3840×1600. Another impressive thing is its connections that allow you to work on two different computers at the same time.

The problem with this model is the same as the others in that it has difficulty dealing with true blacks in a dark room. Also, I’d not bother with this monitor if you plan on watching a number of movies. It does stretch the image out somewhat and it will ruin your viewing experience.

Finally, we have the Dell U2518D and this is more of a budget monitor for those that don’t have as much cash to throw around. It has a 25” screen and is perfect for people that involve themselves in photo editing on occasion.

The color gamut is pretty good even though it doesn’t cover the Adobe spectrum. The gradient on this model is impressive for its price as is the way in which you can change the settings for an optimum viewing experience.

The one issue with it, as like every other, is its poor ability to work in a dark room. However, when you are paying for a budget monitor then this isn’t something you would expect anyway.

The five different monitors listed above are all suitable for people involved in photo editing. I’ve tried to cover different levels of usage as well as price ranges, so I’m confident that the perfect monitor for you is mentioned above.

Walks of art: six of the best trails in the UK

How to buy the perfect-fitting bra

The Basics of Tradesman Insurance

When Is The Right Time To Buy Insurance?

This Grudge Racing, Semi-Hemi-Powered 1969 Camaro was Built for War!

The Many Advantages of Shopping Online